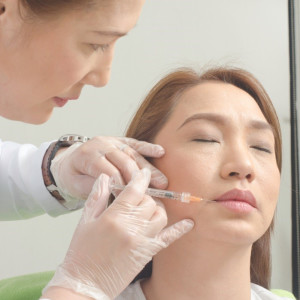 (Botox, onabotulinumtoxinA) is a material that has been known for over a century and used for medical purposes for more than 50 years. Its initial uses were for lazy eye (strabismus), blepharospasm (inability to move the eyelids in certain ways), and wry neck (cervical dystonia). In 2002, it was approved for improving and relaxing frown lines in the area (the glabella) between the eyes on the forehead and has been used successfully in more than over 11 million patients since that time, based on estimates from data supplied by the Allergan Corporation. In 2004, Botox was approved for sweating (hyperhidrosis), and in 2010, Botox was approved for the treatment of migraines.

A common misconception is that Botox actually paralyzes the muscles in the face. Although, this can happen with extreme amounts of Botox, most physicians strive to inject just the amount that allows the patient to have some limited activity but not so much that they have overactivity of the areas. Patients should know that Botox is not used to keep them from expressing themselves but simply to keep them from making facial grimaces and frowns that have become habits and are unintended. When done correctly, most people who are not trained cosmetic surgeons will not notice that a Botox procedure has been performed but simply that the patient looks more rested or happier.

The material Botox comes as a crystalline substance from the manufacturer, which then has to be reconstituted with saline or another liquid. Practitioners add varying amounts of liquid when reconstituting it. Although there is no right or wrong amount of liquid to add, most physicians add about 2 mL-3 mL (about a half a teaspoon) of liquid to each vial. Some add quite a bit more, which can lead patients to think they are getting more Botox when, in reality, they are getting the same or less amount of Botox than samples reconstituted in a stronger way. It is the total dose of medication, not the volume of liquid, that leads to the desired effect. 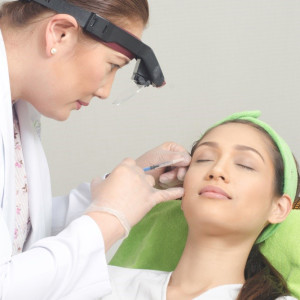 The patient is placed in a somewhat raised position on the exam table, and the areas to be injected are cleansed with a nonalcohol cleanser, such as Hibiclens or Betadine. Some physicians will apply a topical anesthetic, such as EMLA cream or some alternative, at this time. After this, the Botox is injected into the desired areas. Typical injection patterns include about four or five areas on each side of the forehead and two or three areas on either eye area. More areas can be injected by skilled physicians, depending on the type of wrinklesand the desired effect for the patient. It is common for pressure to be applied if an area seems to be bleeding after the injection. While ice is sometimes applied beforehand for comfort reasons, it is this author’s opinion that pressure is much more effective than ice for control of bleeding and bruising.

After the injections, the patient will usually lay upright or semiupright on the exam table for about two to five minutes to make sure he or she feels good after the procedure, and then the patient should avoid lying down for two to four hours. If bruising is a concern, it will be important for the patient to avoid taking aspirinor related products, such as ibuprofen (Advil, Motrin) or naproxen (Aleve), if possible after the procedure to keep bruising to a minimum.

There are many physicians who encourage their patients to either work the area several times during the next several days or, alternatively, to not use the affected muscles during the next several days. Studies of these patients have not yet been performed. (This author does not tell his patients to do anything in particular other than to avoid strenuous activity for several hours afterward because of an increased risk of bruising. This author has had several patients who leaned over or strained after injections, causing bruising to develop.)

Results will be evident within three to 10 days. Photographs may be taken before the procedure so that patients can check their results themselves rather than relying on their memory. It is surprising to see how many people do not recall how they looked before the procedure and are amazed at the difference when shown a picture. Prior to having the procedure done, the patient should be prepared to realize that Botox does not actually erase lines but relaxes them. What this means is that deeper lines will become somewhat less deep and superficial lines will nearly disappear. This can be likened to the act of steaming a garment’s wrinkles rather than ironing them.

It may be necessary for the patient to have additional procedures, such as the use of filler substances (for example, Restylane, Perlane, Juvederm, Sculptra, or Radiesse) in order to plump up the wrinkles that are now relaxed. Additionally, it may be necessary to have two or three sessions of Botox treatment for deeper wrinkles before results become optimal. The area of the crease between the eyes is a particularly ideal area for Botox use in conjunction with filler as these fixed wrinkles don’t always respond optimally to Botox alone. There is some controversy about using filler in that area as it may block veins or arteries and result in loss of blood and a scar to the area. While this author has heard of many of these situations, he has never seen one personally. Generally, the smaller particle fillers, such as Restylane or Juvederm Ultra, are best in the area between the eyes for this reason. 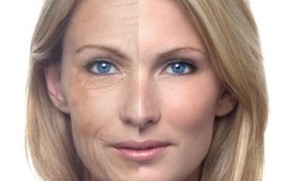 Risks are very minor with this procedure. The main risks consist of headache, pain, and flu-like illness. In rare cases, there may be a drooping lid or eyebrow area. It is important for the cosmetic surgeon to assess the patient’s lids before injecting because the patient may not be a good candidate if he or she has an extremely droopy lid to begin with or one that is held up by constantly arching the lids. Ptosis (a severe drooping of the eyelid) can happen in up to 5% of patients but is very rare if the cosmetic surgeon does this procedure often (In this author’s practice, it occurs in less than 0.01%). These complications are typically very minor occurrences and resolve with time.

Recently, there have been concerns about retrograde botulinum toxin transmission, meaning that the toxin could travel back to thecentral nervous system, causing long-term damage. Studies done in Italy by Flavia Antonucci have been mainly on a raw form of the toxin and not any of the commercially available preparations. Additionally, these studies have been performed on animals (rats, mainly) and with the injection of the toxin to one area and in a concentration of nearly 150 times greater than normal injections for cosmetic indications, which are spread over multiple sites.

Still, there have been enough concerns that the FDA instituted a REMS (Risk Evaluation and Mitigation Strategy) requirement for all botulinum toxin preparations that specifically addresses the issues of distant spread of the toxin and the risk of problems, leading to death, from swallowing or breathing issues in certain patients who may be susceptible after botulinum toxin treatment. All products, including Dysport, Myobloc, Xeomin, and Botox, are monitored via this strategy. This is specifically aimed at a certain population of patients receiving more than the usual doses of botulinum toxin and not aimed at the casual user of Botox, per se.

If the patient is allergic to eggs, it is very important not to use this material because it is prepared with an albumin (egg) base. Additionally, if the patient is pregnant, Botox is not recommended (pregnancy category C).

As stated before, the results usually start to be noticed within three to 10 days or even sooner. They tend to last in most people for up to three or four months. As time passes, the muscle activity will gradually return to normal. Additionally, other areas may return to activity sooner or later, depending on the amount injected. The interesting thing about Botox is that it tends to do fairly well even up to the third month, as a procedure that might last a very short time at full strength and then go away quickly (filler injections such as Restylane, Perlane, or Juvederm tend to last approximately six to 12 months, depending on the amount used).

Results can vary depending on who is performing the injection on the patient. It is very important to go to a physician who is experienced at this procedure, does it him- or herself (rather than having a nurse, physician’s assistant [PA], or other nonphysician do it), and has a good reputation for performing this type of procedure. The manufacturers of Botox recommend physicians inject the medication themselves. As with most procedures, the skill of the practitioner is related to how often he or she performs the procedure.

When to Seek Medical Care

If you have eyelid drooping after a Botox procedure, it is a good idea to let the cosmetic surgeon know because there is a medicine available to help this condition. Any other difficulties, such as difficulty breathing or rashes, should be reported to the surgeon immediately. While bruises are generally gone within one to two weeks, there are other medications available for the treatment of these, such as vitamin K topical treatments (Dr. Holmquist Healthcare CytoActive Post-Procedural Bruise Relief, Revision Skincare Vitamin K Serum, Clinicians Complex Bruise Cream, Glymed Plus Arnica+ Healing Cream).

Other Forms of Botulinum Toxins

Introduced in 2009, Dysport (abobotulinumtoxinA, Medicis) is a competitor to Botox. This product is similar but not the same product as Botox. Additionally, it has different units of measurement, which roughly correlate to a 2.5 or 3:1 ratio of usage, meaning that 20 units of Botox would correlate to 50 or 60 units of Dysport.

Studies have shown a possible longer duration of Dysport than Botox and a quicker time of onset for it as well. So far, however, no head-to-head trials have been conducted.

Other Areas of Use for Botox

There are numerous areas where Botox may be used, including the forehead, crow’s feet, gummy smile, chin, neck, underarm and other areas of the body. Many of these are under investigation at this time for approval by the FDA. Additionally, topical forms of botulinum toxin (Revance) are under study at present. With time, these will likely come to market and be absorbed into the body of treatments for which Botox is used.